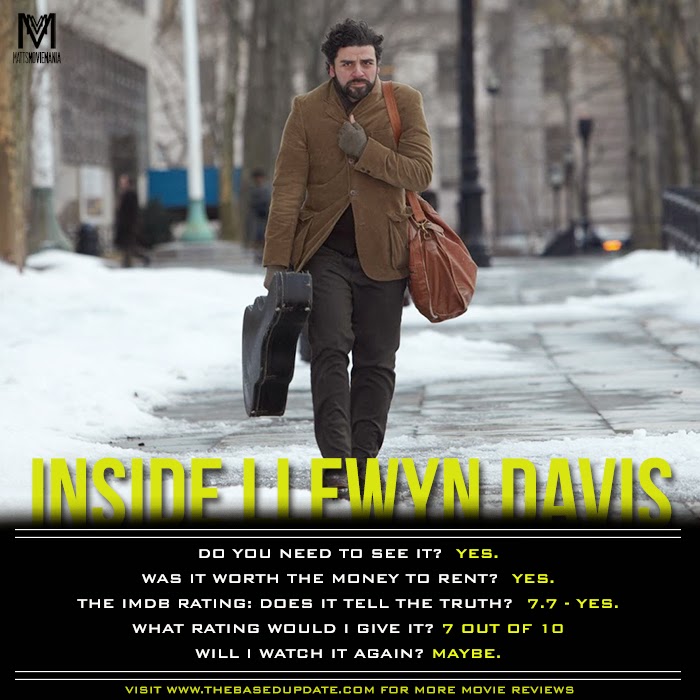 Follow a week in the life of a young folk singer as he navigates the Greenwich Village folk scene of 1961. Guitar in tow, huddled against the unforgiving New York winter, he is struggling to make it as a musician against seemingly insurmountable obstacles — some of them of his own making.

“Cannes audiences just heard a clean, hard crack: the sound of the Coen brothers hitting one out of the park. Their new film is brilliantly written, terrifically acted, superbly designed and shot; it’s a sweet, sad, funny picture about the lost world of folk music which effortlessly immerses us in the period.” “The intense sadness that permeates every chord and every note of his music, could be a desperate requiem for his own dreams, his own musical career. What an intense pleasure this film is, one of the Coens’ best, and the best so far at Cannes.” -Peter Bradshaw