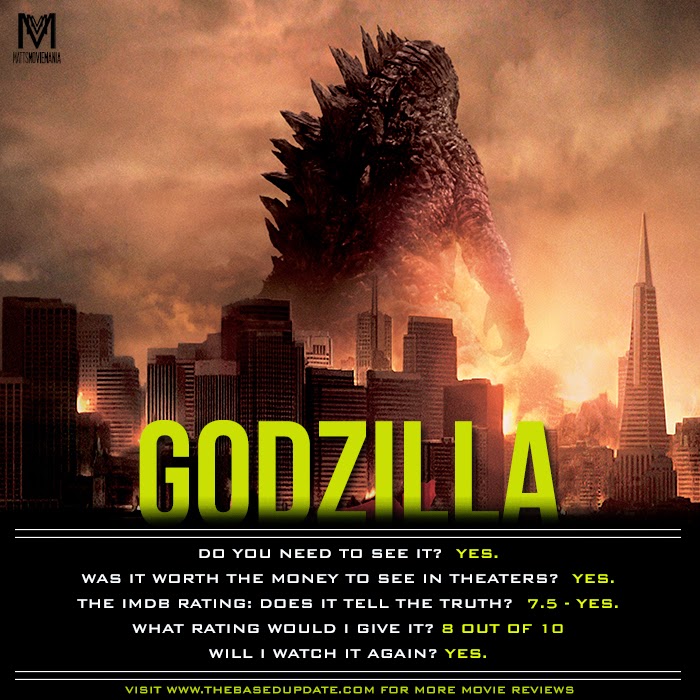 The world’s most famous monster is pitted against malevolent creatures who, bolstered by humanity’s scientific arrogance, threaten our very existence.

“The director thinks visually, which sounds redundant until you realize how many monster movies are flat, effects-dependent factory jobs. Edwards knows how to use great heights for great effect.” -Michael Phillips

“This could easily be ground zero for a whole new series of films, but if it remains a stand-alone single movie, Edwards told an entire story, and for the first time in as long as I can remember, it feels like Godzilla actually matters.” -Dre McWeeny