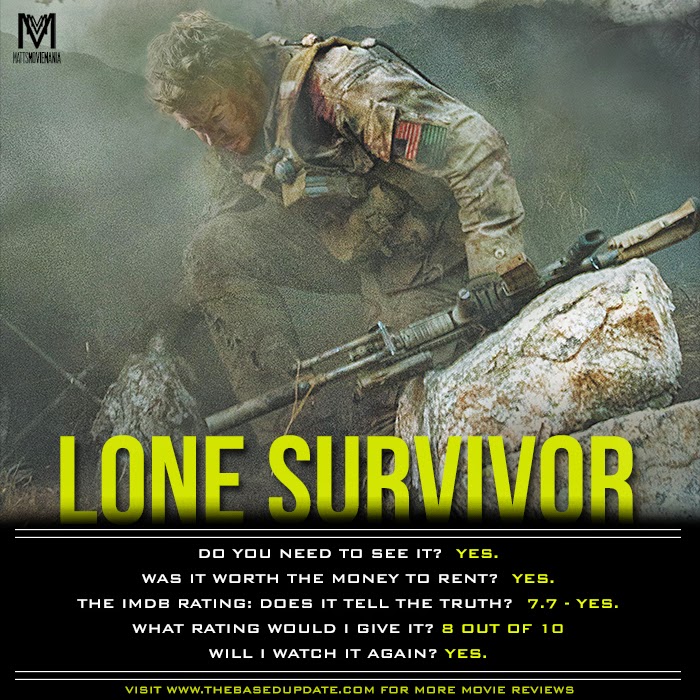 Marcus Luttrell and his team set out on a mission to capture or kill notorious Taliban leader Ahmad Shah, in late June 2005. Marcus and his team are left to fight for their lives in one of the most valiant efforts of modern warfare.

Based on The New York Times bestselling true story of heroism, courage and survival, Lone Survivor tells the incredible tale of four Navy SEALs on a covert mission to neutralize a high-level al-Qaeda operative who are ambushed by the enemy in the mountains of Afghanistan. Faced with an impossible moral decision, the small band is isolated from help and surrounded by a much larger force of Taliban ready for war. As they confront unthinkable odds together, the four men find reserves of strength and resilience as they stay in the fight to the finish.

“Berg, who wrote and directed, is more interested in how men deal with battle than the ideals or the politics that put them there. What the movie achieves, with a gruesome energy and a remarkable reality, is a firefight.” Betsy Sharkey

“All four performances are first-rate, and the action is staged with shattering intensity.” -Joe Morganstern