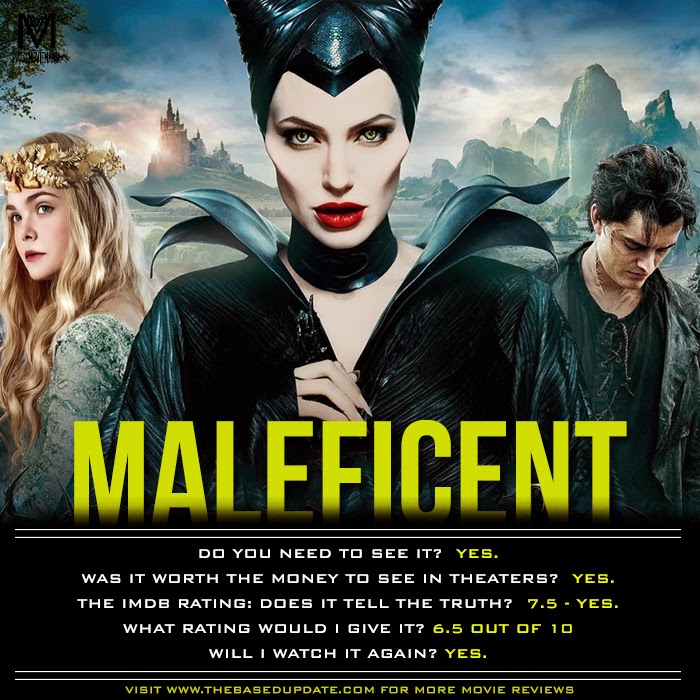 A vindictive fairy is driven to curse an infant princess only to realize the child may be the only one who can restore peace.

A beautiful, pure-hearted young woman, Maleficent has an idyllic life growing up in a peaceable forest kingdom, until one day when an invading army threatens the harmony of the land. Maleficent rises to be the land’s fiercest protector, but she ultimately suffers a ruthless betrayal – an act that begins to turn her pure heart to stone. Bent on revenge, Maleficent faces a battle with the invading king’s successor and, as a result, places a curse upon his newborn infant Aurora. As the child grows, Maleficent realizes that Aurora holds the key to peace in the kingdom – and perhaps to Maleficent’s true happiness as well.

“Calling Maleficent a “modern-day classic,” as some have asserted, is overreaching. The production is engaging and appealing but only the passage of time will determine whether it holds in the memory with the strength of its animated predecessor. As with many summer spectacles, the chief draw is visual; the weird and wonderful world is a constant source of astonishment. To complete the cinematic equation, Angelina Jolie’s interpretation of the title character, which transforms the animated icon into a complex, fully realized woman, provides emotional depth and breadth. The marriage between the actress’ capabilities and the director’s experience results in a satisfying and successful motion picture.” -Richard Roeper