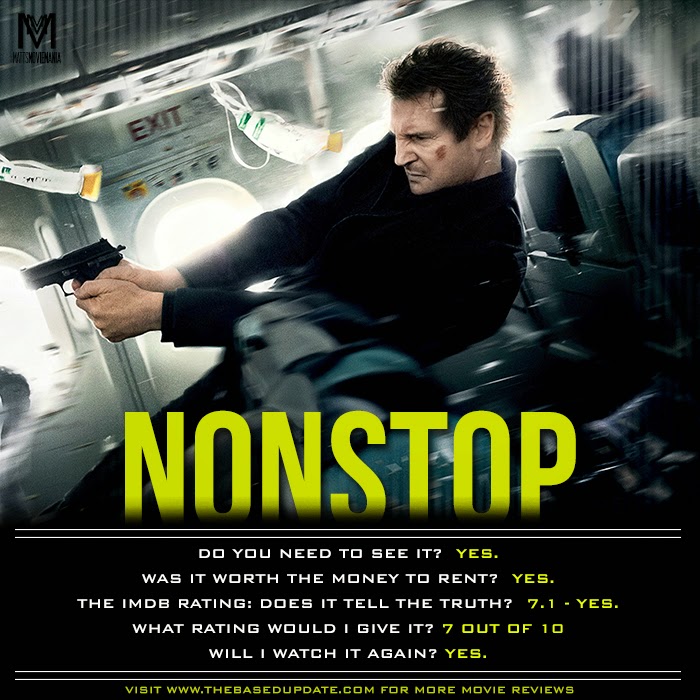 An air marshal springs into action during a transatlantic flight after receiving a series of text messages that put his fellow passengers at risk unless the airline transfers $150 million into an off-shore account.

Bill Marks, a former cop dealing with his daughter’s death by drinking, is now a federal air marshal. While on a flight from New York to London, Marks gets a text telling him that unless 150 million dollars is transferred to an offshore account, someone will die every 20 minutes. Can he find the terrorist in time and save everyone?

“There’s a good measure of comedic relief doled out between the action sequences, e.g., Neeson coming up with an ingenious plan to placate the passengers when they’re on the verge of a rebellion. This is a movie that knows it’s not to be taken too seriously.” -Richard Roeper

“The movie’s fun. And now, thanks to our annual Neeson thriller, spring can come soon.” -Michael Phillips