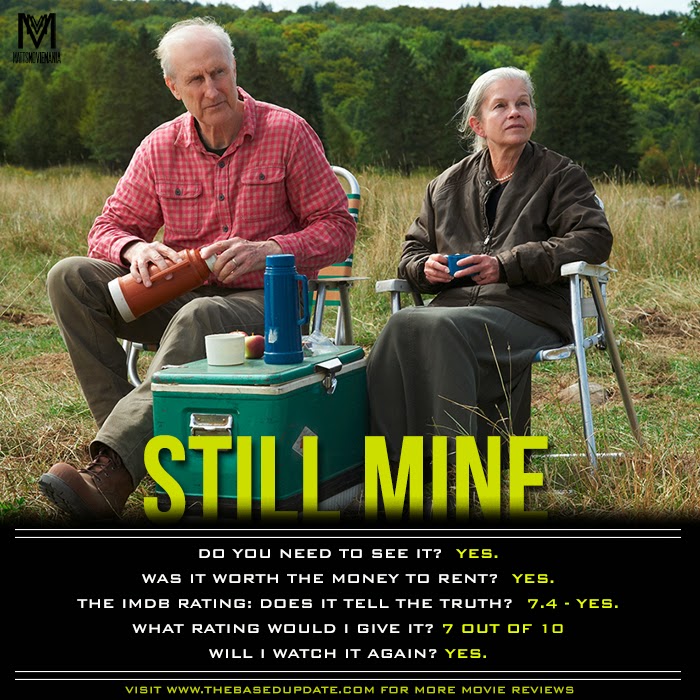 An elderly couple fight against local authorities in rural New Brunswick to build their final home.

After years of stability, the lives of octogenarian couple, Craig and Irene Morrison, are slowly beginning to change. Because of changing times and regulations, they are no longer able to make a living from their small coastal New Brunswick farm. And Irene has begun to show signs of early dementia. Against the wishes of their two offspring who still reside in the area and who would like to see more standard care provided for Irene, Craig, the son of a master shipbuilder who inherited his father’s building abilities, decides to mill lumber from trees on their property and with it build a more suitable, small one story house on the property in which he and Irene can live. Beginning this project with only a design in his mind, he is encouraged by friends at least to go through the regulatory process of building permits and the like. Despite being able to complete this project to more than exacting centuries old standards, Craig ends up hitting one roadblock after another in this regulatory process, which could kibosh this project, and his want for what he sees as a comfortable life with Irene in their final years.

“Not since “The Straight Story,” when Richard Farnsworth traveled all the way from Iowa to Wisconsin by lawn mower to see his dying brother, have the wisdom, innocence and pride of a senior citizen combined so powerfully as a metaphor for the courage to face mortality. Unforgettable.” -Rex Reed

Still Mine is a rewarding, performance-based film, ultimately a small pleasure to spend time with.” -Bill Goodykoontz