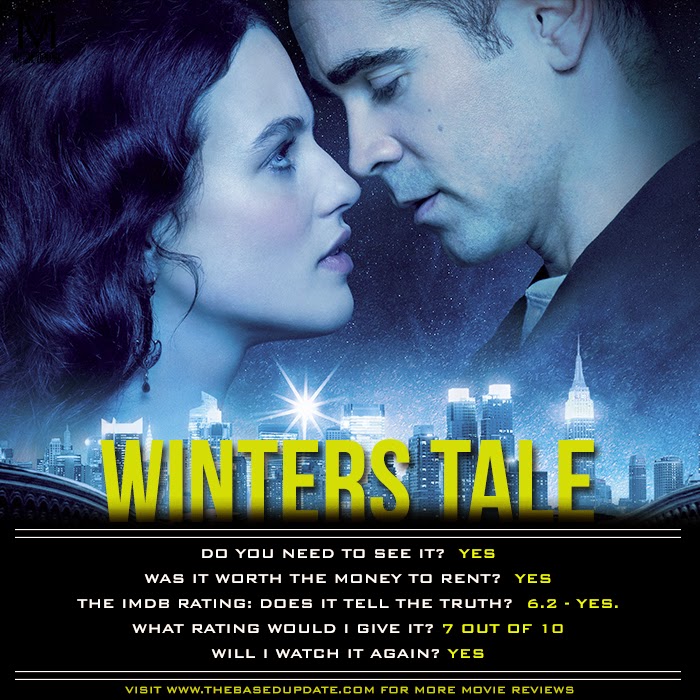 A burglar falls for an heiress as she dies in his arms. When he learns that he has the gift of reincarnation, he sets out to save her.

New York City is subsumed in arctic winds, dark nights, and white lights, its life unfolds, for it is an extraordinary hive of the imagination, the greatest house ever built, and nothing exists that can check its vitality. One night in winter, Peter Lake, orphan and master-mechanic, attempts to rob a fortress-like mansion on the Upper West Side. Though he thinks the house is empty, the daughter of the house is home. Thus begins the love between Peter, a middle-aged Irish burglar, and Beverly Penn, a young girl, who is dying.
“It is partly a failure, but mostly it succeeds, and the film’s aspiration is so enormous that that’s enough for a moving experience.” -Mic LaSalle