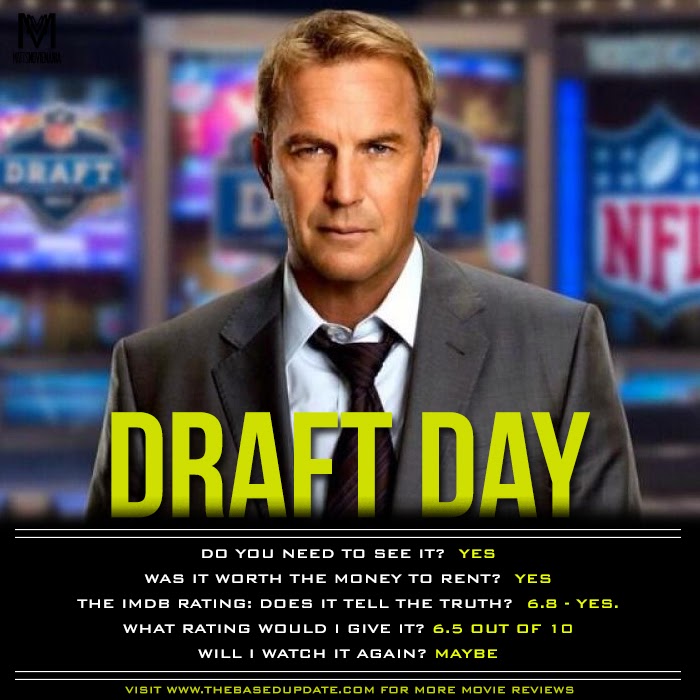 At the NFL Draft, general manager Sonny Weaver has the opportunity to rebuild his team when he trades for the number one pick. He must decide what he’s willing to sacrifice on a life-changing day for a few hundred young men with NFL dreams.

It’s draft day in the NFL and as general manager of the Cleveland Browns, Sonny is forced to come up with a big move. After trading for the number one pick, Sonny has to choose between a lower-ranked linebacker with a questionable past or a celebrated quarterback with a questionable future. All the while, Sonny is walking in the footsteps of his father and personal complications force their way to the surface.
“A sentimental, predictable, sometimes implausible but thoroughly entertaining, old-fashioned piece.” -Richard Roeper

“Costner, who has never been the most emotive of actors, is perfect for this role.” -James Berardinelli