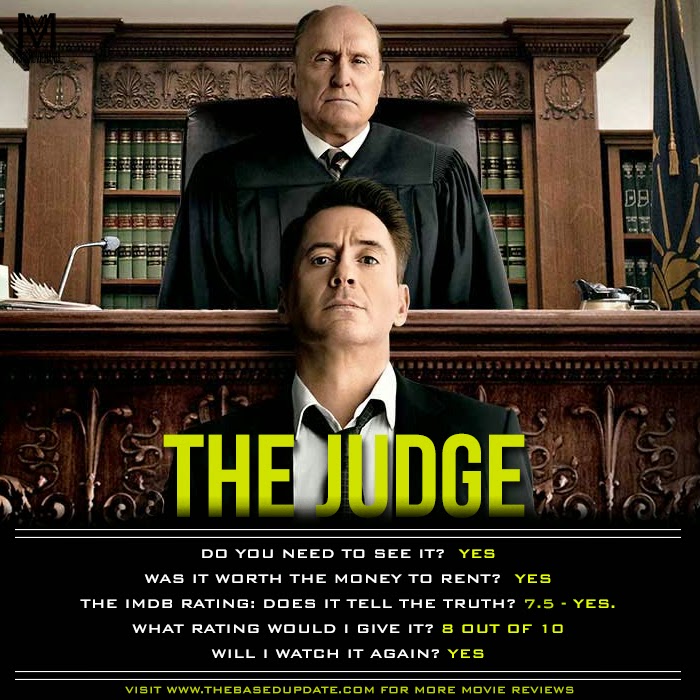 Big city lawyer Hank Palmer returns to his childhood home where his father, the town’s judge, is suspected of murder. Hank sets out to discover the truth and, along the way, reconnects with his estranged family.

Hank Palmer is a successful defense attorney in Chicago, who is getting a divorce. When His brother calls with the news that their mother has died, Hank returns to his childhood home to attend the funeral. Despite the brittle bond between Hank and the Judge, Hank must come to his father’s aid and defend him in court. Here, Hank discovers the truth behind the case, which binds together the dysfunctional family and reveals the struggles and secrecy of the family.
“Equal parts courtroom drama, legal thriller and family saga, it’s also a synchronized duet for two terrific actors at the top of their craft that left me stunned.” -Rex Reed