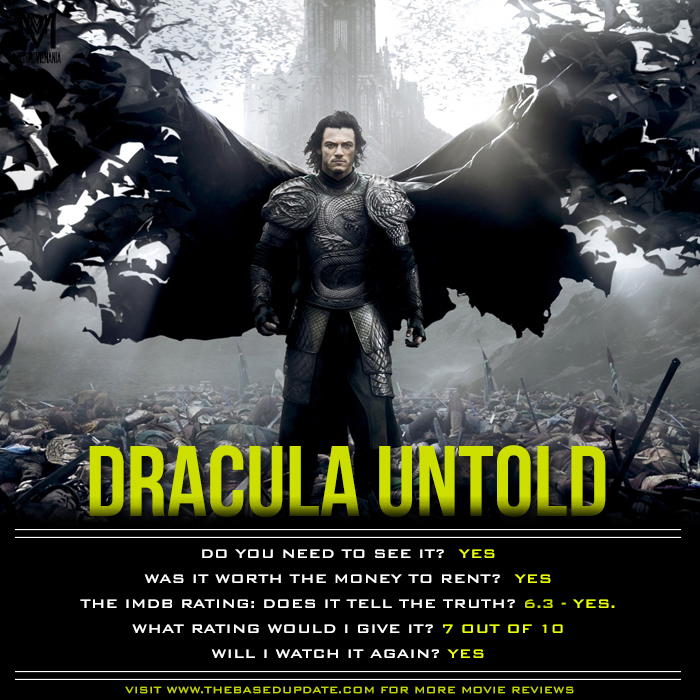 As his kingdom is being threatened by the Turks, young prince Vlad Tepes must become a monster feared by his own people in order to obtain the power needed to protect his own family, and the families of his kingdom.

At the turn of the century, the young lord Vlad and his family live a peaceful life ruling over their small kingdom, but when a Turk warlord demands from Vlad a thousand boys and his son to create an army Vlad seeks a terrible power that will allow him to protect his kingdom and family from the Turks at a terrible cost.
“If your looking for a good action flick with a decent plot this is the movie for you. With a 90min runtime I was expecting this movie to feel “rushed”, it felt far from that. The action was great, it did not disappoint with all the cool vampire abilities you see in the trailer, especially transforming into a group of bats. Being a Dracula movie there are things you have to expect, yes he receives his power by drinking blood, having all the vulnerabilities as every vampire (which they do very good in this movie) but the way this movie makes you root for Vlad(Dracula) you actually find yourself engulfed in the movie wanting him to overcome the darkness and win. However if you are a history buff and it irks you when movies take real life people and change their history for a movie, you will not enjoy this because it is loosely based off Vlad the Impaler. ” -User Review

“Vlad’s numerous speeches about love, honor and family grow tedious, along with the film’s wooden dialogue in general. And it quickly becomes obvious that Dracula Untold is more interested in being cool than making sense.” -Bruce Ingram