#MattsMovieMania Dumb and Dumber To 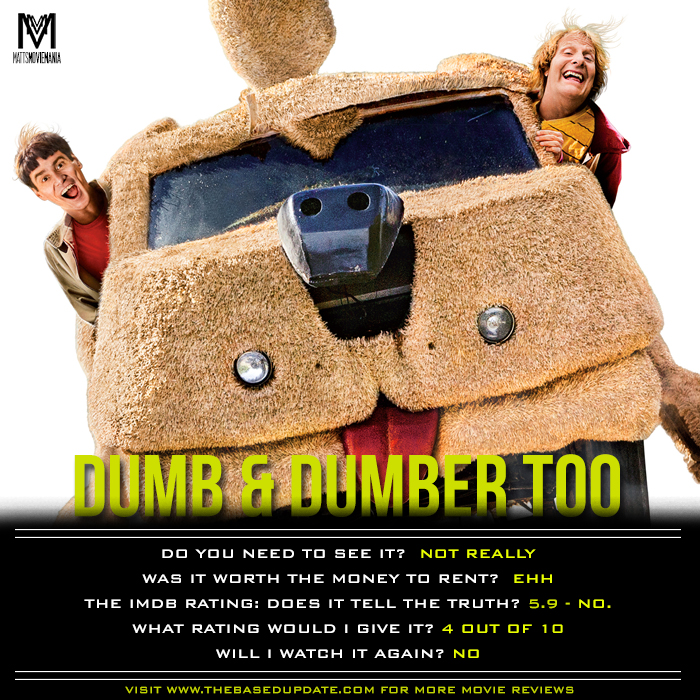 Twenty years since their first adventure, Lloyd and Harry go on a road trip to find Harry’s newly discovered daughter, who was given up for adoption.

It’s been 20 years and Harry Dunn has found something out – he has a daughter! Lloyd Christmas, his equally dim-witted friend, takes one look at a picture of her, develops a crush, and insists the two track her down. What ensues when Harry finally agrees is a bizarre encounter with an old lady and more hilarity because of their sheer stupidity.
“Even at its best, the film plays like the comedy equivalent of a legacy act reuniting for a tour fueled more by nostalgia and goodwill than inspiration. It’s less sequel than encore, and it’s probably time to turn on the house lights and close this buddy act.” -Keith Phipps

“There are gags that work, that pay off in a big way, and gags that fall flat, derailing entire sequences. Because the world around them is so absurd, the film’s attempts at creating some genuine heart for Harry and Lloyd doesn’t really work.” -Drew McWeeny