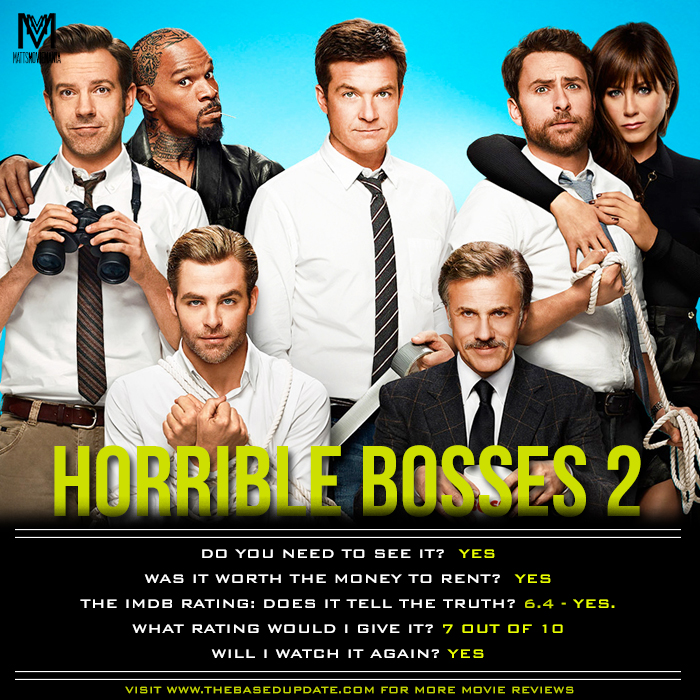 Dale, Kurt and Nick decide to start their own business but things don’t go as planned because of a slick investor, prompting the trio to pull off a harebrained and misguided kidnapping scheme.

Fed up with answering to higher-ups, Nick, Dale and Kurt decide to become their own bosses by launching their own business. But a slick investor soon pulls the rug out from under them. Outplayed and desperate, and with no legal recourse, the three would-be entrepreneurs hatch a misguided plan to kidnap the investor’s adult son and ransom him to regain control of their company.
“The film continues right where the last one left off. This movie will have you laughing and enjoying every moment all the way until the end. Comedy – yes. Worth your time – yes.” -Matt Garner

“There are laughs in the movie, but they feel like they are isolated gags, not sustained runs, and in order for this to work as character comedy, they’d have to be playing better defined characters and not just heightened versions of themselves.” -Drew McWeeny