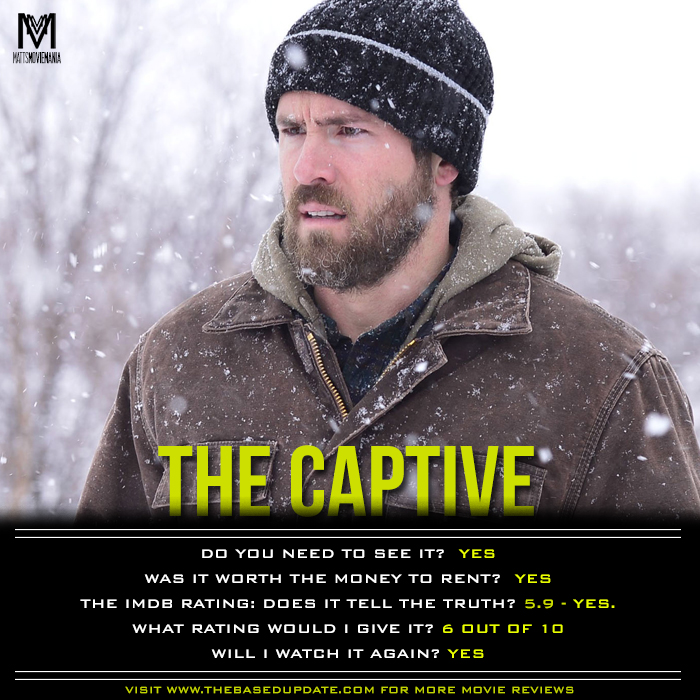 Eight years after the disappearance of Cassandra, some disturbing incidents seem to indicate that she’s still alive. Police, parents and Cassandra herself, will try to unravel the mystery of her disappearance.

Teenager Cassandra is locked up against her will unable to contact her family to let them know she’s still alive. Flashback to eight years ago when 9-year-old Cass was abducted from her father’s truck and he goes straight to the authorities who immediately peg him as the prime suspect. Eight years later, her father, Matthew, is still being investigated by the police who are also trying to crack the bigger problem of crimes against children, Matthew’s marriage has deteriorated and leads in the case are hard to come by. So much time but so little has changed and it’s going to be up to Matthew and Cassandra herself to repair the estranged family.
“It is not the first time a low rated movie turns out to be great, but it is certainly the greatest contrast between reviews and the actual movie. This just proves that most users are probably persons who don’t understand a well constructed narrative and don’t have an eye for beautiful cinematography. Ryan Reynolds does a great job and so do his co-stars. I also admire Mr. Atom Egoyan for writing, directing and producing this movie.” -User

“This is Egoyan’s best film for a very long time: like Reynolds, he needed a hit, and The Captive is a welcome return to the form of The Sweet Hereafter. Its eeriness creeps up on you and taps you on the shoulder, and when you spin around, it’s still behind you.” -Robbie Collin