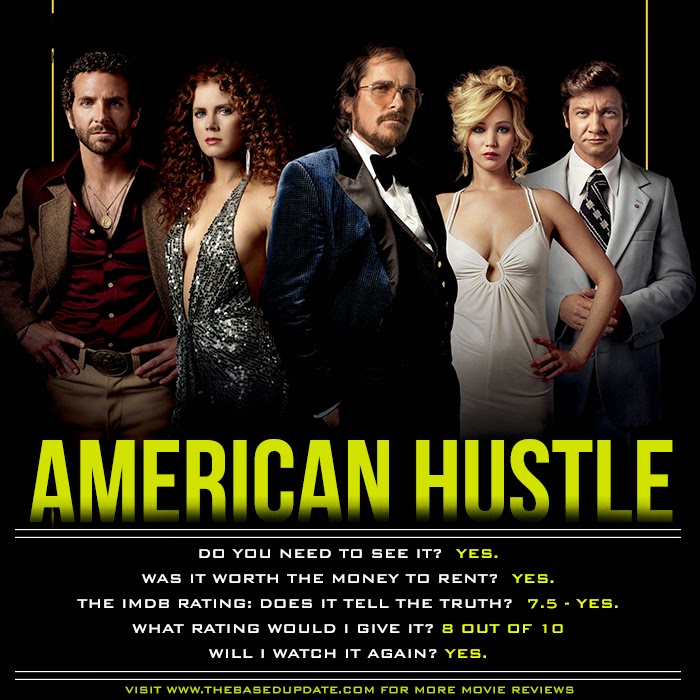 American Hustle tells the story of brilliant con man Irving Rosenfeld, who along with his equally cunning and seductive British partner Sydney Prosser is forced to work for a wild FBI agent Richie DiMaso. DiMaso pushes them into a world of Jersey powerbrokers and mafia that’s as dangerous as it is enchanting. Jeremy Renner is Carmine Polito, the passionate, volatile, New Jersey political operator caught between the con-artists and Feds. Irving’s unpredictable wife Rosalyn could be the one to pull the thread that brings the entire world crashing down.

“American Hustle is the best time I’ve had at the movies all year, a movie so perfectly executed, such wall-to-wall fun, so filled with the joy of expert filmmaking on every level I can’t imagine anyone who loves movies not loving THIS movie.” “This is the kind of moviegoing experience where the credits roll and you immediately want to watch it again to see how all the pieces of the puzzle were put together, knowing what you know now — and there’s a good chance you’re going to enjoy it even more the second time around.” -RICHARD ROEPER