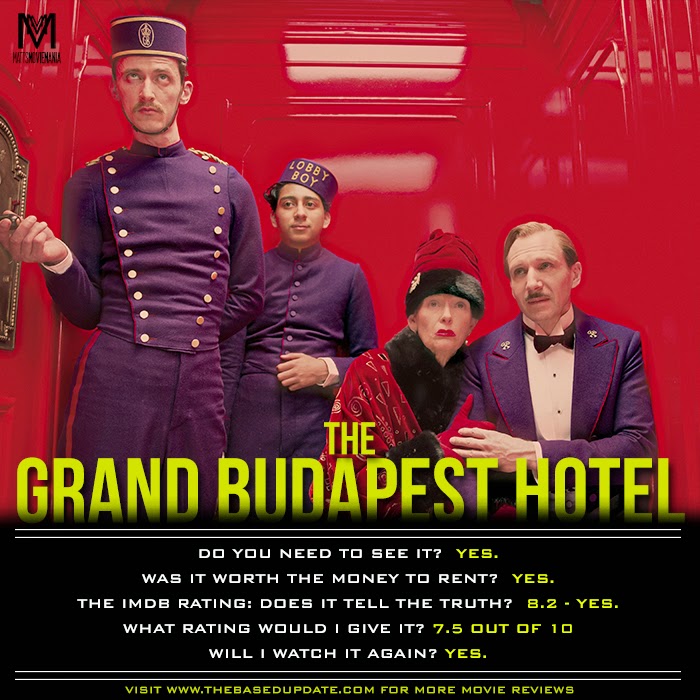 The adventures of Gustave H, a legendary concierge at a famous Hungarian hotel between the first and second World Wars, and Zero Moustafa, the lobby boy who becomes his most trusted friend.

GRAND BUDAPEST HOTEL recounts the adventures of Gustave H, a legendary concierge at a famous European hotel between the wars, and Zero Moustafa, the lobby boy who becomes his most trusted friend. The story involves the theft and recovery of a priceless Renaissance painting and the battle for an enormous family fortune — all against the back-drop of a suddenly and dramatically changing Continent.
“While it has many familiar ingredients – from the atmosphere to the ensemble of Anderson regulars in nearly every role – in its allegiance to Anderson’s vision, everything about The Grand Budapest Hotel is a welcome dose of originality.” -Eric Kohn

“That perception of Fiennes and Gustave is central to the whole enterprise. Without it, the movie just breaks off and flies away. But with it, The Grand Budapest Hotel becomes something wonderful.” -Mick LaSalle