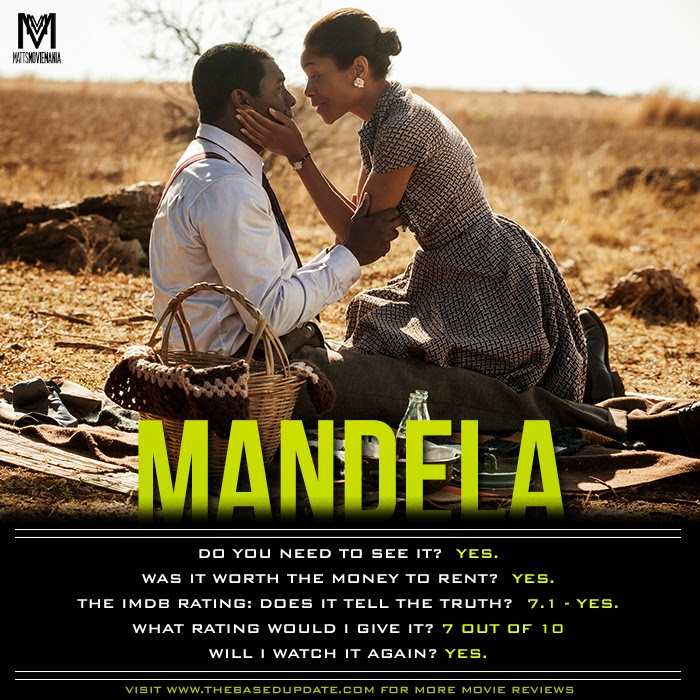 Nelson Mandela is a South African lawyer who joins the African National Congress in the 1940s when the law under the Apartheid system’s brutal tyranny proves useless for his people. Forced to abandon peaceful protest for armed resistance after the Sharpeville Massacre, Mandela pays the price when he and his comrades are sentenced to life imprisonment for treason while his wife, Winnie, is abused by the authorities herself. Over the decades in chains, Mandela’s spirit is unbowed as his struggle goes on in and beyond his captivity to become an international cause. However, as Winnie’s determination hardens over the years into a violent ruthlessness, Nelson’s own stature rises until he becomes the renowned leader of his movement. That status would be put to the test as his release nears and a way must be found to win a peaceful victory that will leave his country, and all its peoples, unstained.

“Adapted by William Nicholson from Nelson Mandela’s autobiography, which supplies the subtitle, the film unfolds in exhaustive detail, providing context if not a great deal of complexity. It traces Nelson’s Xhosa roots in the rural hills; his politicization as a young lawyer; his rise to prominence in the initially nonviolent African National Congress; his increasing militancy in the face of shocking acts of brutality against black South Africans; and his arrest and conviction with a handful of close ANC colleagues on charges of sabotage and conspiracy to overthrow the government.” -David Rooney

“Mandela is straightforward storytelling of a type that’s somewhat out of fashion, but ultimately no less stirring for it. From the period production and costume design to the stately visuals and panoramic shots of magnificent landscapes, this is a classy production that will inspire many audiences with its deeply respectful portrait of one of the global political stage’s indisputably great leaders.” -David Rooney