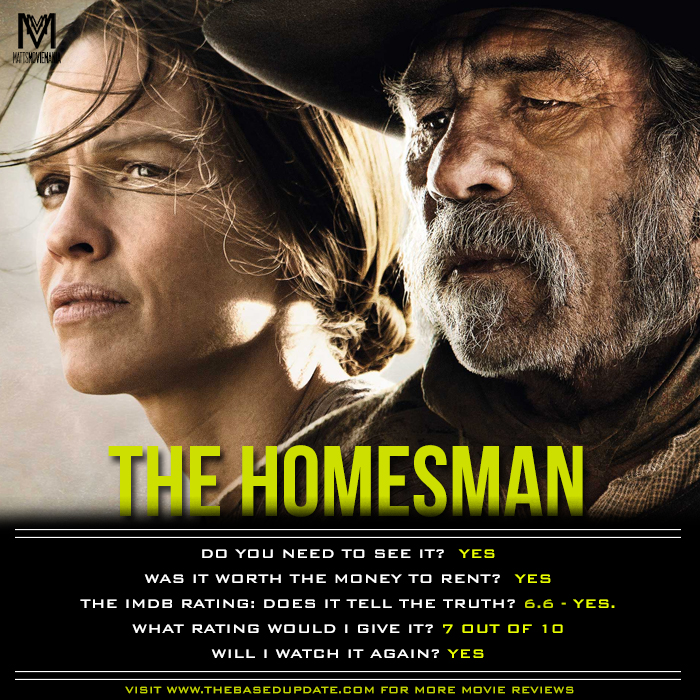 Three women who have been driven mad by pioneer life are to be transported across the country by covered wagon by the pious, independent-minded Mary Bee Cuddy, who in turn employs low-life drifter George Briggs to assist her.

A frontier farm woman (Hilary Swank) saves the life of a claim-jumper (Tommy Lee Jones) and persuades him to help her escort three insane women to a safe haven in Iowa.
“This beautifully crafted film intrigues as a story never told before and ratchets up dramatic interest through a succession of unexpected turns.” -The Hollywood Reporter

“With The Homesman, Jones has produced an original and cantankerously offbeat western which becomes increasingly beguiling as the road stretches on.” -Joe Bleasdale