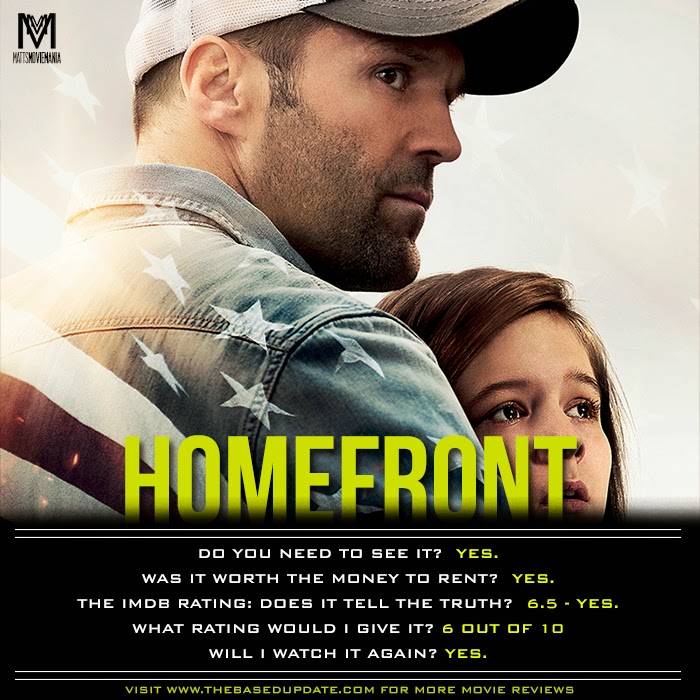 A former DEA agent moves his family to a quiet town, where he soon tangles with a local meth druglord.

Phil Broker is a former DEA agent who has gone through a crisis after his action against a biker gang went horribly wrong and it cost the life of his boss’ son. He is recently widowed and is left with a 9-years-old daughter,Maddy. He decides to quit the turbulent and demanding life of thrill for Maddy’s sake and retires to a small town. His daughter fights off a boy who was bullying her at school and this sets in motion a round of events that end in his direct confrontation with the local Meth drug lord. His past history with the biker gang also enters the arena, making matters more complex. But he has a mission in his mind to protect his daughter and he is ready to pay any cost that it demands.

“Sylvester Stallone can write entertaining formula action scripts like a demon, but he often hands them over to hack directors who don’t know how to extract the pulp and the juice from them. On that score, “Homefront” is better than average. Gary Fleder directs Stallone’s adaptation of the Chuck Logan novel like he gives a damn. Maybe too much of a damn: This is one loud, lip-smacking movie. The opening action sequence is a roaring collision of Paul Greengrass hyper-realism and Road Runner physics involving enough ammo to silence the Lord’s Resistance Army, plus an undercover narc Jason Statham on an acrobatic Harley, his shoulder-length mullet wig flapping on the breeze.” -Steven Boone