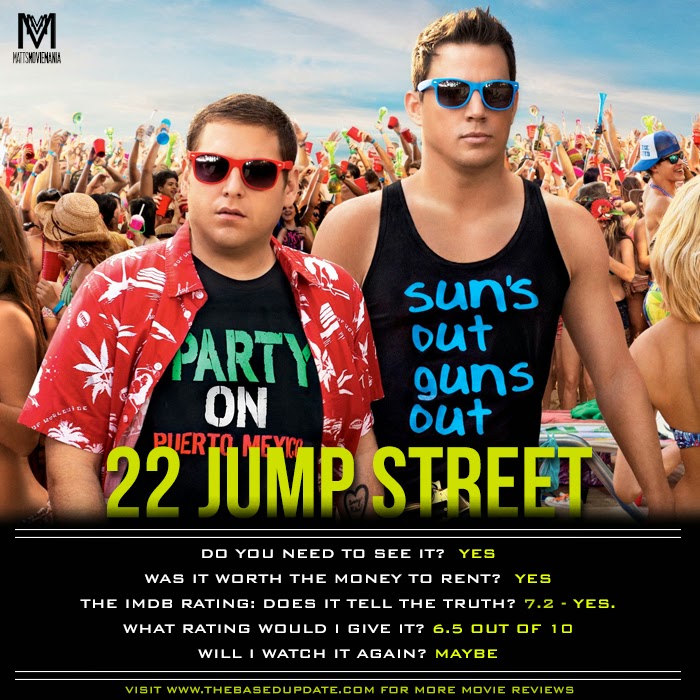 After making their way through high school (twice), big changes are in store for officers Schmidt and Jenko when they go deep undercover at a local college.

After making their way through high school (twice), big changes are in store for officers Schmidt (Jonah Hill) and Jenko (Channing Tatum) when they go deep undercover at a local college. But when Jenko meets a kindred spirit on the football team, and Schmidt infiltrates the bohemian art major scene, they begin to question their partnership. Now they don’t have to just crack the case – they have to figure out if they can have a mature relationship. If these two overgrown adolescents can grow from freshmen into real men, college might be the best thing that ever happened to them.
“A hugely enjoyable shambles. It’s a comic deconstruction of that most useless of Hollywood artifacts – the blockbuster sequel – that refuses to take itself seriously on any level, which, face it, is just what we need as the summer boom-boom season shifts into high gear.” -Ty Burr

“Suffice it to say that it is a cannily-constructed film, and it does have a bigger “movie” feel than the first film. There are places where they swing for some big jokes that don’t quite work, but the ambition is dizzying all the way through.” -Drew mcWeeny