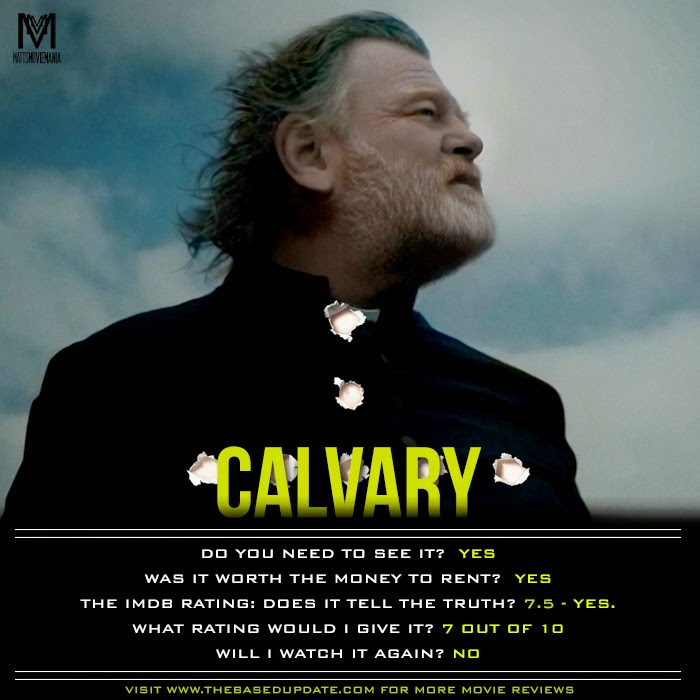 After he is threatened during a confession, a good-natured priest must battle the dark forces closing in around him.

Father James is a small-town priest in Ireland whose Sunday confessionals suddenly include a threat to kill him in a week’s time as a matter of principle. Deeply troubled and conflicted about how to respond, Father James tries to go on with his calling through that week. However, that proves impossible as he is confronted with a troubling variety of spiritual challenges from both his estranged daughter and his own parishioners. In those dispiriting struggles, Father James’ life begins to fall apart as time runs out towards a confrontation that seems to crystallize his values and what he wants his life to be.
“Calvary is also just jaw-droppingly beautiful. McDonagh and cinematographer Larry Smith capture the four-seasons-in-one-day miracle that is Ireland, with its jagged stonescapes, roiling surf, fairie towns, and bracing skies.” – Steven Rae

“One of the smartest and most impassioned films about Christianity in recent memory, though to say that might give the wrong impression. In tone and strategy, the film is low-key and subtle; and the story can be appreciated both for its surface qualities and its deeper intentions.” -Mick LaSalle