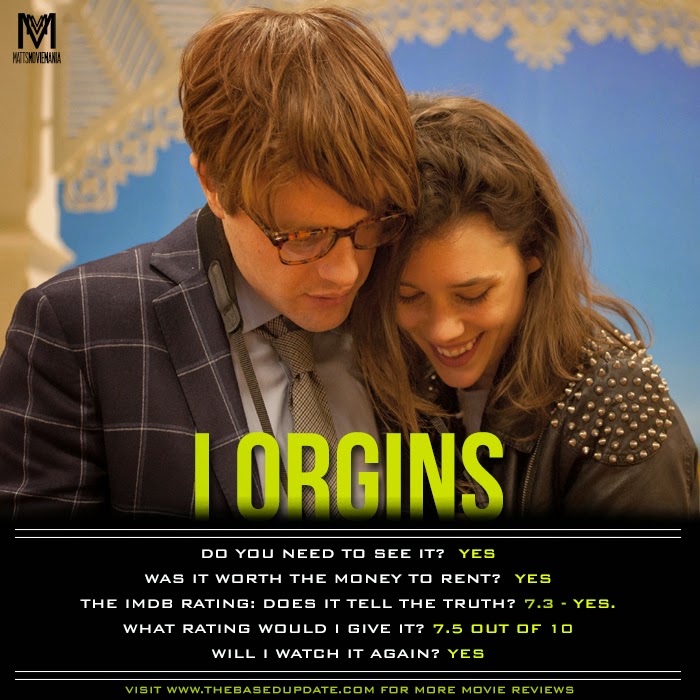 A molecular biologist and his laboratory partner uncover evidence that may fundamentally change society as we know it.

A graduate student, Ian Gray, is researching the evolution of human eyes with Karen and Kenny, in order to discredit creationists by proving that eyes have evolved. At a Halloween party he meets an interesting woman, Sofi, and photographs her eyes. They start to have sex in a washroom, but she abruptly leaves without providing her contact information.
“I Origins is a bracingly venturesome, exploratory work that achieves an exceptional balance between the emotional and intellectual aspects of its unusual story.” -Todd McCarthy

“A true indie film roller-coaster ride, from moon-eyed romance to aching heartbreak, cerebral puzzle to incredibly moving, emotional resolution to that puzzle. In a season of the year where sci-fi is dumbed down and then dumbed some more for mass consumption, here’s a piece of speculative fiction that will stick with you long after the last Transformer’s battery has died.” -Roger Moore