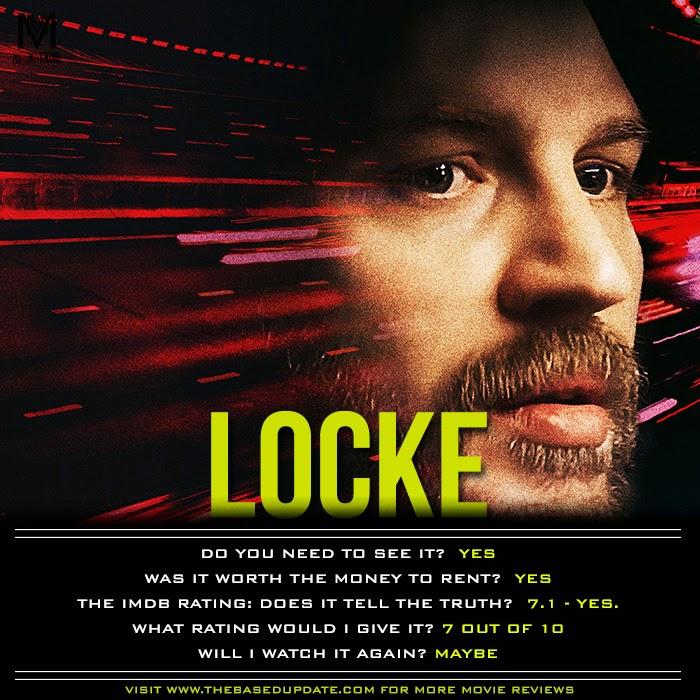 Ivan Locke, a dedicated family man and successful construction manager, receives a phone call on the eve of the biggest challenge of his career that sets in motion a series of events that threaten his carefully cultivated existence.

Leaving the construction site on the eve of a major project, construction manager Ivan Locke receives news that sends him driving the two hours from Birmingham to London, but even further from the life he once knew. Making the decision that he has to make, he then calls his wife, his sons, his co-workers and boss telling them the secret that he is bearing and trying to keep his job and family intact. But even more importantly, he will have to face himself and the choices he has made.
“In writer-director Steven Knight’s mesmerizing jewel of film titled Locke, Tom Hardy is so brilliant we readily watch him drive a car and talk on the hands-free phone for virtually the entirety of the film – and it’s one of the more effortlessly intense and fascinating performances I’ve seen any actor give in recent memory.” -Richard Roeper

“Yes, Locke is a bit of a storytelling stunt: For the entirety of the movie, Ivan is the only character on screen. But even with nothing to cut away to and no flashbacks to offer context, the film manages to stay as tight as a vise.” -Entertainment Weekly