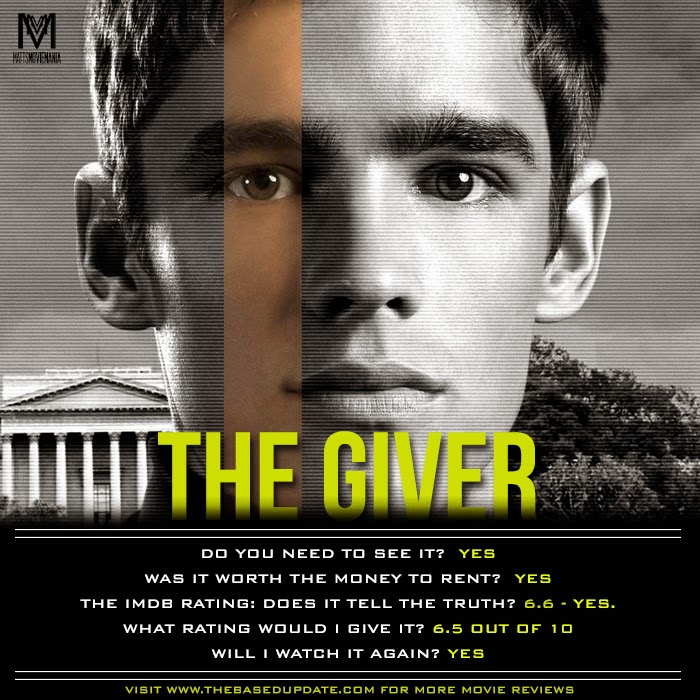 In a seemingly perfect community, without war, pain, suffering, differences or choice, a young boy is chosen to learn from an elderly man about the true pain and pleasure of the “real” world.

This film, based on Lois Lowry’s book, tells the story of a perfect world. Everyone here is happy. When Jonas is 18 years old, he’s chosen to be the community’s Receiver of Memories. He enters into training with an old man called ‘the Giver’ who would give Jonas memories of the “real” world that the rest of the community is hidden from. From the Giver, Jonas learns not only of love and family, but also of pain, war, and all the unhappy truths the world holds. He quickly realizes that his community is fake. Confronted with this reality, Jonas faces difficult choices about his own life and the futures of many people he’s become close to.
“In its own way, the movie version – handsomely directed by Phillip Noyce and featuring an appealing, sure-footed cast of emerging and veteran actors – aptly reflects The Giver’s pride of place as the one that started it all, or at least the latest wave.” -Ann Horanday

“Just in the last few months, we’ve seen “Snowpiercer” and “Divergent,” which also deal with what happens after a civil collapse. The Giver, the latest in this weird trend, approaches a now-familiar topic from a new angle, and, of the three, it’s the most visually arresting.” -Mick LaSalle