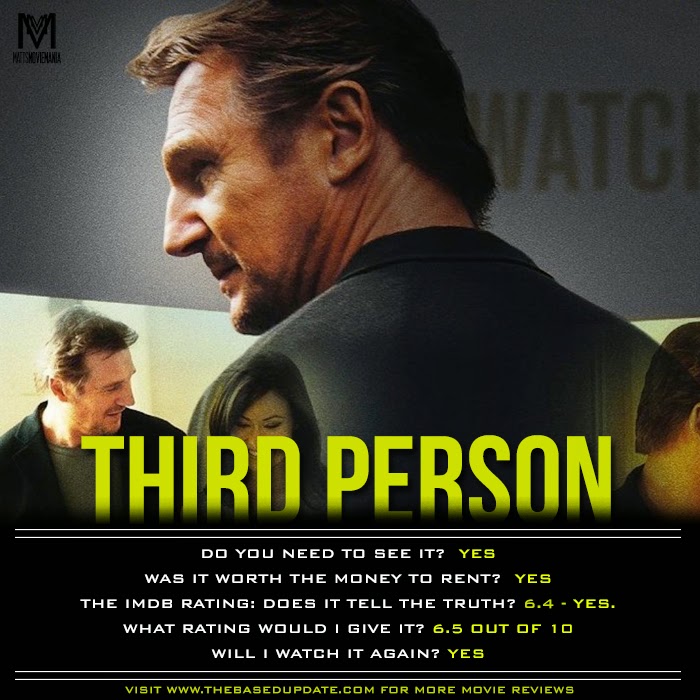 Michael is a Pulitzer Prize-winning fiction author who has holed himself up in a hotel suite in Paris to finish his latest book. He recently left his wife, Elaine, and is having a tempestuous affair with Anna, an ambitious young journalist who wants to write and publish fiction. At the same time, Scott, a shady American businessman, is in Italy to steal designs from fashion houses. Hating everything Italian, Scott wanders into the Café American” in search of something familiar to eat. There, he meets Monika, a beautiful Roma woman, who is about to be reunited with her young daughter. When the money she has saved to pay her daughter’s smuggler is stolen, Scott feels compelled to help. They take off together for a dangerous town in Southern Italy, where Scott starts to suspect that he is the patsy in an elaborate con game. Julia, an ex-soap opera actress, is caught in a custody battle for her 6 year-old son with her ex-husband Rick, a famous New York artist. With her support cut off and her legal costs ruinous, Julia is reduced to working as a maid in the same upscale boutique hotel where she was once a frequent guest. Julia’s lawyer Theresa has secured Julia one final chance to change the court’s mind and be reunited with the child she loves. Rick’s current girlfriend Sam is a compassionate onlooker.
“Third Person is Paul Haggis’ best movie, and the one he has been building toward for years.” -Mick LaSalle

“Haggis lets us get way ahead of the characters and the figure out what the title of this writerly tale – Third Person – has to do with the sometimes illogical connections between stories. That’s not a problem. Dragging, dragging dragging the tales out after he reaches a logical climax and something close to a resolution with each is not.” -Roger Moore