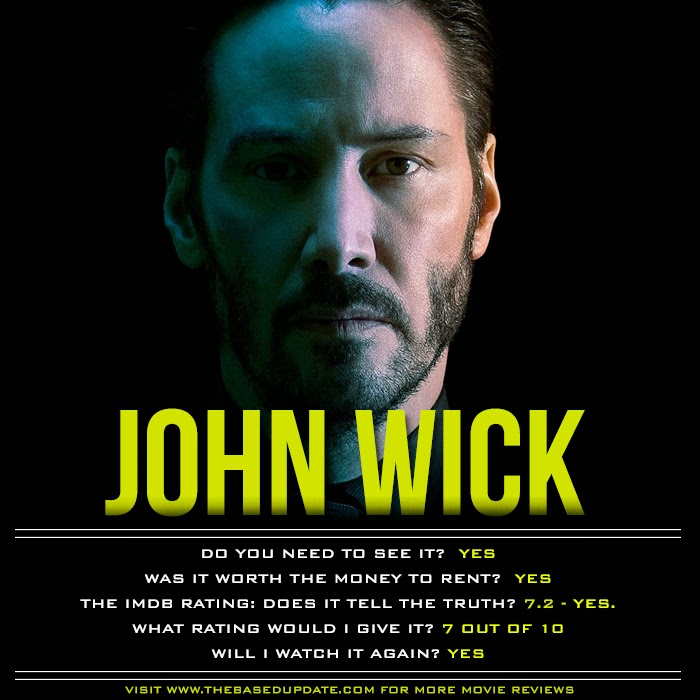 An ex-hitman comes out of retirement to track down the gangsters that took everything from him.

John Wick is a mob hit man who, upon falling in love, quits. 5 years later, his wife dies and to make sure he’s not alone she arranges for a dog to be brought to him after her death. Later, some men wanting his car break in and beat him up and kill his dog. When he recovers, he sets to get the ones who killed his dog. He learns that the leader is the son of his former employer. And the man wanting to protect his son, tries to take care of Wick but he’s still as good as he was.
“John Wick, is not only a return to badass form for the actor, it’s also one of the most excitingly visceral action flicks I’ve seen in ages.” -Entertainment Weekly

“John Wick won’t redefine action movies, but it perfectly exemplifies what I want from an action film when I go. Have fun with the world, shoot the action well, motivate it in a way that doesn’t feel cheap.” -Drew McWeeny