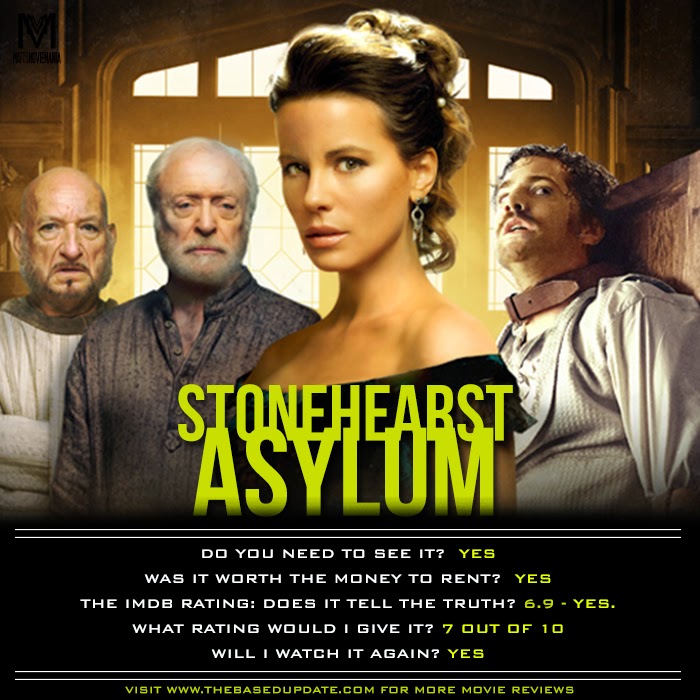 A recent medical school grad who takes a position at a mental institution soon finds himself taken with one of his colleagues — though he has no initial idea of a recent, horrifying staffing change.

Matt Scudder is a former cop now a private eye. He is asked by a drug dealer to find the men who kidnapped his wife. It seems like they killed her even after he paid them. Scudder refuses. But the man later goes to see him and tells him how his wife was killed. Scudder takes the job. He does some research and thinks the men he is looking for have done this more than once. And that everyone they grabbed is connected to a drug dealer. He was about to give up when they grab another girl and Scudder tries make sure she’s returned alive.
“Based on a story by Edgar Allan Poe, directed with style and imagination by Brad Anderson (The Machinist), filmed in the creepy darkness of Bulgaria (you hardly get this kind of movie anymore), and starring an illustrious cast solid and dedicated enough to craft to make you believe they’re in a depraved version of Hamlet staged in Elsinore Castle, this is a movie that is several cuts above your usual straitjacket thriller. Enter at your own risk.” -Rex Reed

“With Stonehearst Asylum, director Brad Anderson doles out a vintage Halloween treat – a straightforward Poe adaptation of the sort that Vincent Price used to star in – and gives it a freshness and complexity that make it a delight.” -Rob Staeger