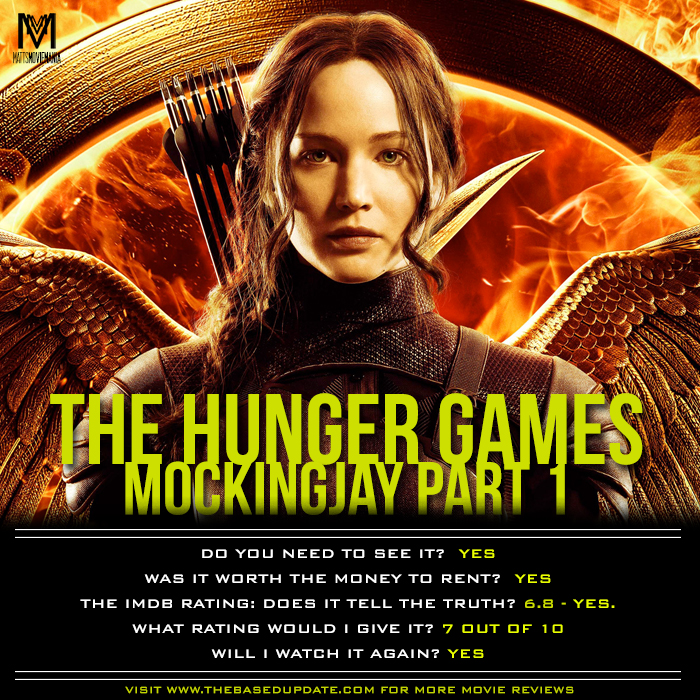 Katniss Everdeen is in District 13 after she shatters the games forever. Under the leadership of President Coin and the advice of her trusted friends, Katniss spreads her wings as she fights to save Peeta and a nation moved by her courage.

With the Games destroyed, Katniss Everdeen, along with Gale, Finnick and Beetee, end up in the so thought “destroyed” District 13. Under the leadership of President Coin and the advice of her friends, Katniss becomes the “Mockingjay”, the symbol of rebellion for the districts of Panem.
“Suffice it to say that while Mockingjay, Part 1 might not be as consistently thrilling as “Catching Fire” – the second movie always has the luxury of being all PB&J and no crust – it’s the movie equivalent of a page-turner, consistently suspenseful and filled with surprises and illuminating character moments.” -Alonso Duralde

“With measure and muscle, Lawrences Jennifer and Francis nail the job of selling the long, twisting road towards revolution.” -Kevin Harley