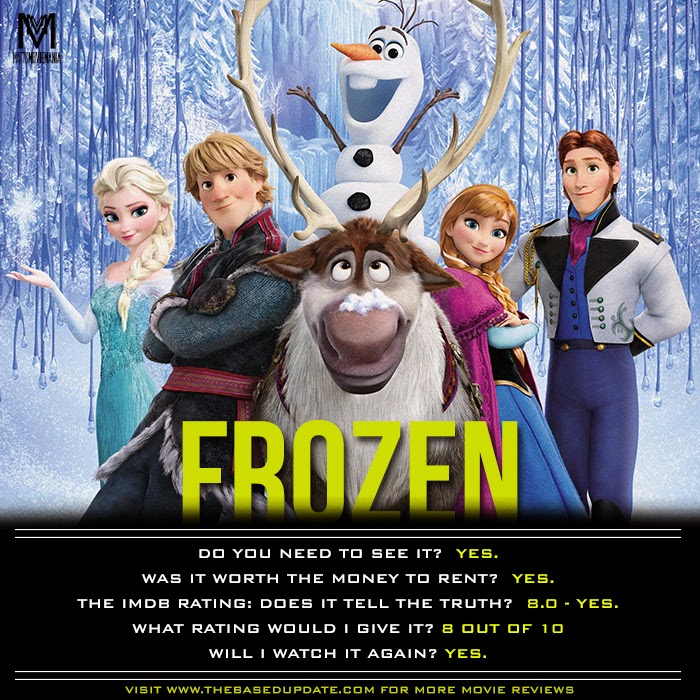 Fearless optimist Anna teams up with Kristoff in an epic journey, encountering Everest-like conditions, and a hilarious snowman named Olaf in a race to find Anna’s sister Elsa, whose icy powers have trapped the kingdom in eternal winter.

“Disney Animation seems to know where its place is in the company and what kind of movies it should be producing, now, alternating between more modern material and the classic Disney fairy tales of yore, like “Frozen.” And this film is an incredibly strong addition to that lineage, one full of genuine magic and awe, where ice castles can materialize out of wintery air and snowmen can dream about hot weather. As far as animated movies go, it doesn’t get that much better than “Frozen.” It’s a new Disney classic.” -Drew Taylor