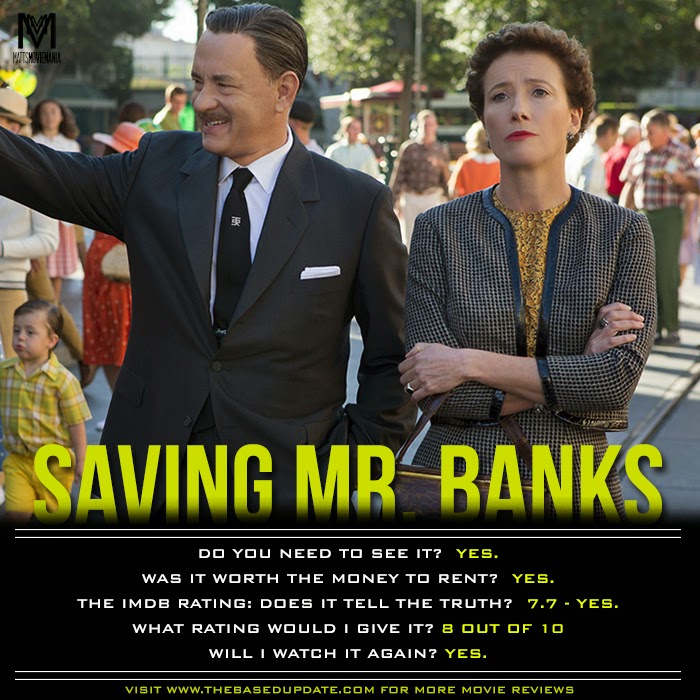 Walt Disney wants to use the book Mary Poppins for a movie but the author, P.L. Travers doesn’t like what Disney does. So for 20 years Disney would keep asking her to let him do it. Eventually when she’s financially strapped she considers it but won’t approve unless Disney does it as she wants it. So she goes to California and Disney and his team who work on bringing the character of Mary Poppins to life try to show her what they did. But she’s not easily impressed. Even Disney tries to understand what she wants.

“The film’s a trifle long, especially for a story whose ending, we know, was a happy one. But with “Saving Mr. Banks”, Hancock, Thompson and Hanks find that holiday film sweet spot, blending the poignant with the unpleasant, the grim with the giddy. It was never going to be “Supercalifragilisticexpialidocious.” Reserve that honor for the film that inspired it. But “Saving Mr. Banks” is still one of the best pictures of the year.” -Roger Moore