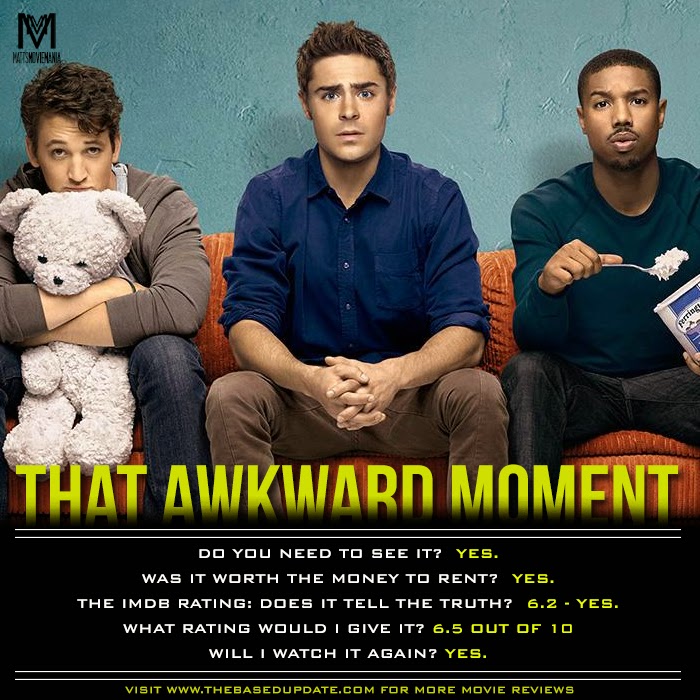 Three best friends find themselves where we’ve all been – at that confusing moment in every dating relationship when you have to decide “So…where is this going?”

Jason has just been dumped, but he didn’t even realize they were going out. Meanwhile, Mikey’s wife has just asked him for a divorce, and perpetually single Daniel is still single. The three best friends are determined to stay single together and just have fun. But then Jason meets Ellie who just might be perfect for him, Daniel starts to realize that his gal pal Chelsea might be perfect for him, and Mikey has always thought that his wife was perfect for him. The boys are going to have to juggle their single life with their romantic entanglements and it’s going to get awkward.

“It’s the Judd Apatow syndrome and there are times when the blend of romance and raunchiness threatens to curdle. In the end, however, the “love conquers all” mentality wins out.” -James Berardinelli

“While it has the requisite amounts of comedy and romance, it’s actually more of a buddy movie. Think “Sex in the City,” bro-style.” -Claudia Puig