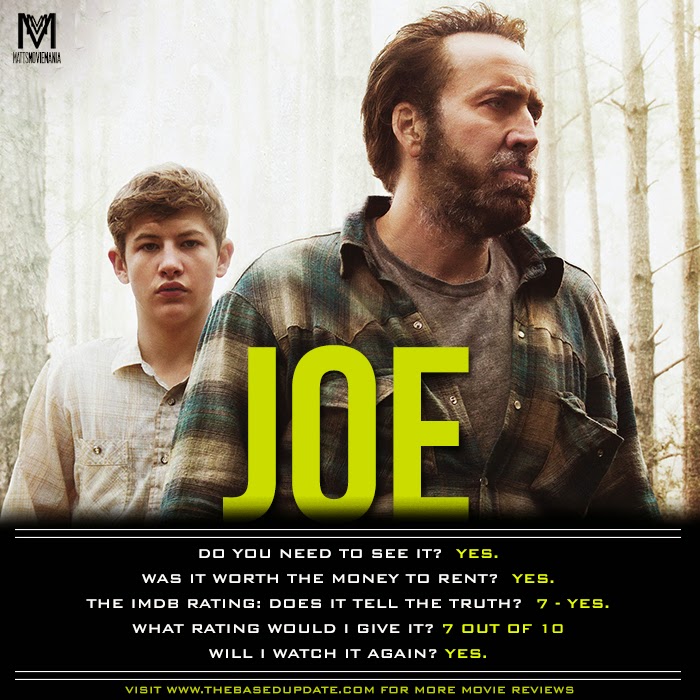 An ex-con, who is the unlikeliest of role models, meets a 15-year-old boy and is faced with the choice of redemption or ruin.

A gripping mix of friendship, violence and redemption erupts in the contemporary South in this adaptation of Larry Brown’s novel, celebrated at once for its grit and its deeply moving core. Directed by David Gordon Green, JOE film brings Academy Award winner Nicolas Cage back to his indie roots in the title role as the hard-living, hot-tempered, ex-con Joe Ransom, who is just trying to dodge his instincts for trouble – until he meets a hard-luck kid, who awakens in him a fierce and tender-hearted protector.

“A beautiful film, shot by Tim Orr, that is elevated by Mr. Cage’s stirring portrait of a violence-prone man who can’t restrain himself from doing good.” -Joe Morganstern

“It’s not exactly doing anything new, but it’s a muscular and textured piece of work that shifts assuredly through tones and genre, features a rich and rewarding performance from Cage, and another excellent turn from his young co-star Tye Sheridan.” -Oliver Lyttleton