#MattsMovieMania 300 Rise of an Empire 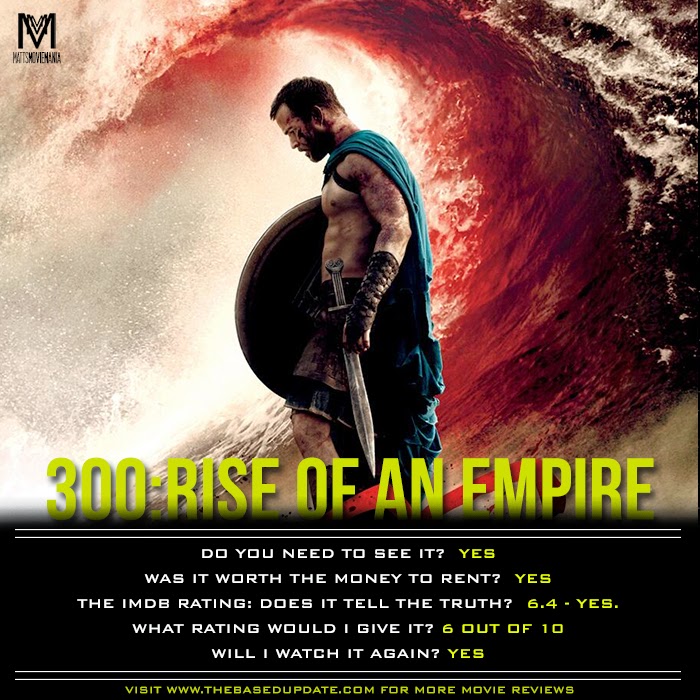 After its victory over Leonidas’ 300, the Persian Army under the command of Xerxes marches towards the major Greek city-states. The Democratic city of Athens, first on the path of Xerxes’ army, bases its strength on its fleet, led by admiral Themistocles. Themistocles is forced to an unwilling alliance with the traditional rival of Athens, oligarchic Sparta whose might lies with its superior infantry troops. But Xerxes still reigns supreme in numbers over sea and land.
“Even with the uniformly good performances – and the standout work from Ms. Green – 300: Rise of an Empire is foremost a triumph of production design, costumes, brilliantly choreographed battle sequences and stunning CGI.” -Richard Roeper

“While very much a “hard R” movie, Rise of an Empire is, nevertheless, the perfect sort of film for rainy weekend afternoons. It’s a spectacle right down to its shattered ships and duplicitous warcraft, and this time out the story’s been leavened and enlivened with plenty of old-school girl power” -Marc Solov