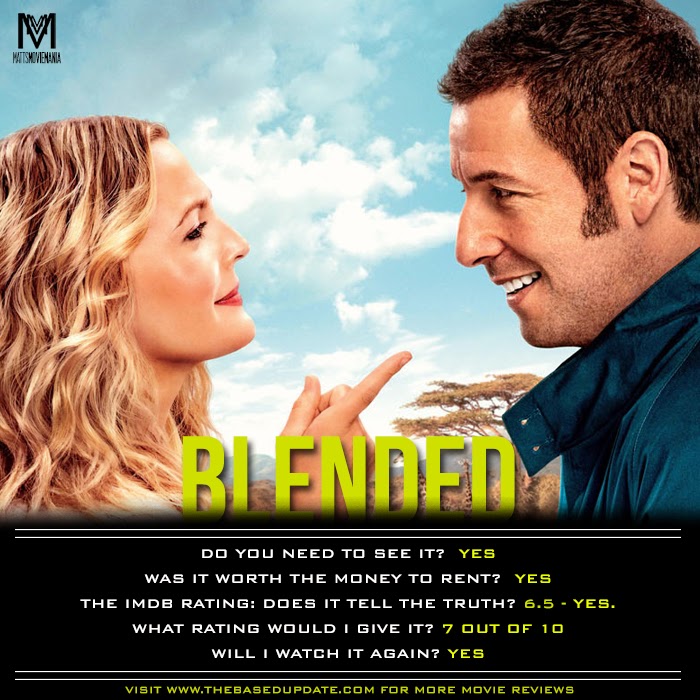 After a bad blind date, a man and woman find themselves stuck together at a resort for families, where their attraction grows as their respective kids benefit from the burgeoning relationship.

After a blind date gone horribly wrong, Jim and Lauren agree they never, ever want to see each other again. Well, that’s all about to change when the two find themselves and their respective families (including children) all stuck together in one suite at an African Safari vacation spot.
“Blended isn’t Sandler’s funniest movie or his best, but it is a big step up from the dregs he’s been churning out, a messy, shaggy dog of a comedy that you can’t help but like even as it sheds all over your house.” -Connie Ogle

“The lower ratings on this film are too harsh. This is actually a sweet comedy where two individuals who initially repel each other grow to like each other. The added touches are the children in this film, who are not only hilarious but also bring out the parental qualities in Drew and Sandler’s characters. ” -User Review