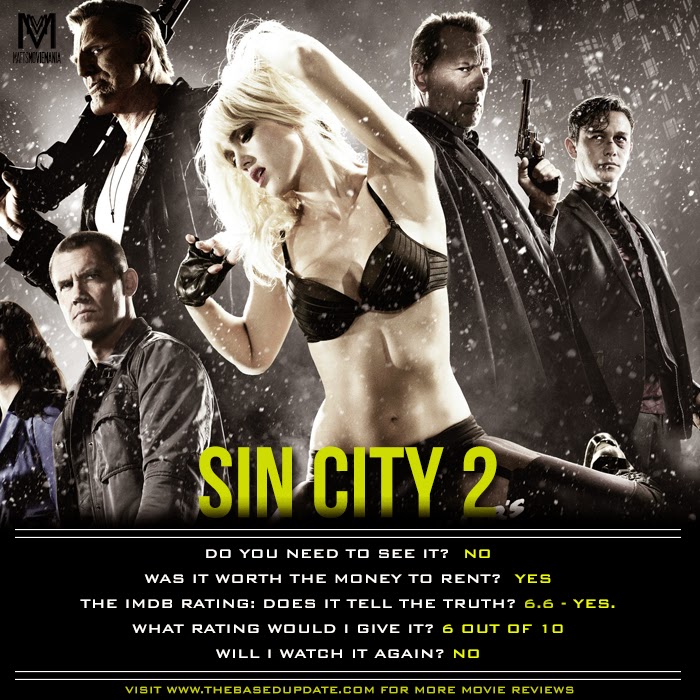 Some of Sin City’s most hard-boiled citizens cross paths with a few of its more reviled inhabitants.

Co-directors Robert Rodriguez and Frank Miller reunite to bring Miller’s “Sin City” graphic novels back to the screen. Weaving together two of Miller’s classic stories with new tales, the town’s most hard boiled citizens cross paths with some of its more notorious inhabitants.
“Not as groundbreaking as the original, nor as expansive as all the best sequels are. But with some excellent cast additions, and Miller on murky form, this still sizzles to the touch.” -James Mottran

“This is one badass movie.” -Richard Roeper