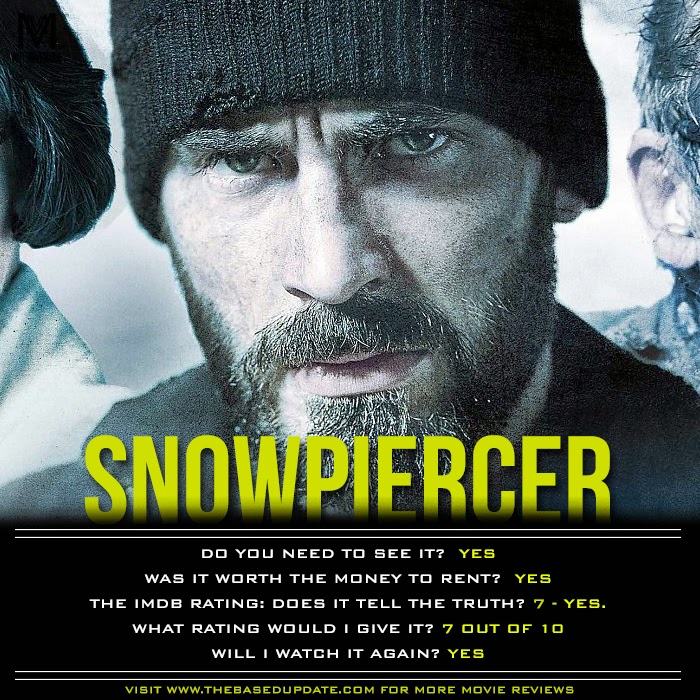 Set in a future where a failed climate-change experiment kills all life on the planet except for a lucky few who boarded the Snowpiercer, a train that travels around the globe, where a class system emerges.

Set in 2031, the entire world is frozen except for those aboard the Snowpiercer. For 17 years, the world’s survivors are on a train hurtling around the globe creating their own economy and class system. Led by Curtis, a group of lower-class citizens living in squalor at the back of the train are determined to get to the front of the train and spread the wealth around. Each section of the train holds new surprises for the group who have to battle their way through. A revolution is underway.
“Snowpiercer evolves steadily, growing richer with every step and slowly feeding us morsels of information – enriching this ludicrous premise with enough magic and wonder to suspend our disbelief entirely.” -Patrick Gamble

“The action sequences in the film are spectacular, and there’s one in particular that I think is an all-timer, both in the way it’s imagined and in the way it’s accomplished on film, but this isn’t a film about empty sensation. It’s a richly realized science-fiction world, and the cast is just tremendous.” -Drew McWeeny