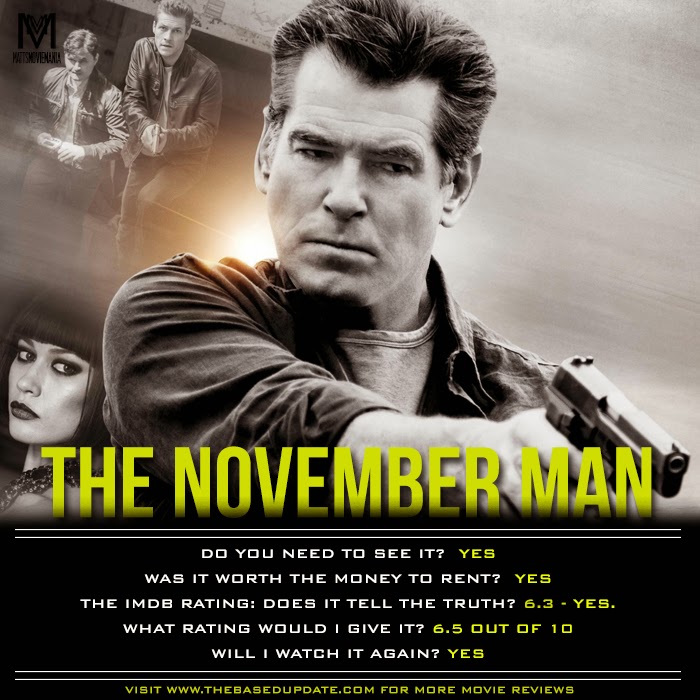 An ex-CIA operative is brought back in on a very personal mission and finds himself pitted against his former pupil in a deadly game involving high level CIA officials and the Russian president-elect.

Peter Devereaux is a former CIA agent who is asked by the man he worked for to extract a woman who is in Russia and is presently close to a man running for President, who is believed to have committed crimes during the Chechen war. She can give them the name of someone who can prove it. His friend says that she will only come to him. So he goes and she gets the info and tries to get out but the man finds out and tries to stop her. Peter arrives and saves her but as they are getting away they’re shot at. She is killed but tells Peter the name before she dies. Peter kills the men who attacked them but when he sees the leader, Mason, a man he trained, he realizes the CIA is involved. He tries to find the person and the only one who might know where she is is Alice Fournier, the social worker who helped her when she came to the West. A CIA bigwig steps in and orders that Devereaux be taken off the case and wants Mason to take care of it. The Presidential candidate sends an assassin to make sure no one wrecks his chances of becoming President. Devereaux finds Alice and tries to protect her while trying to find the mole.
“A nicely-made action-thriller, one with analog car chases and non-digital explosions, like a long tall glass of cold water in a world that mostly offers you Bud Light or Crystal Pepsi.” -Film.com