#MattsMovieMania The Best of Me 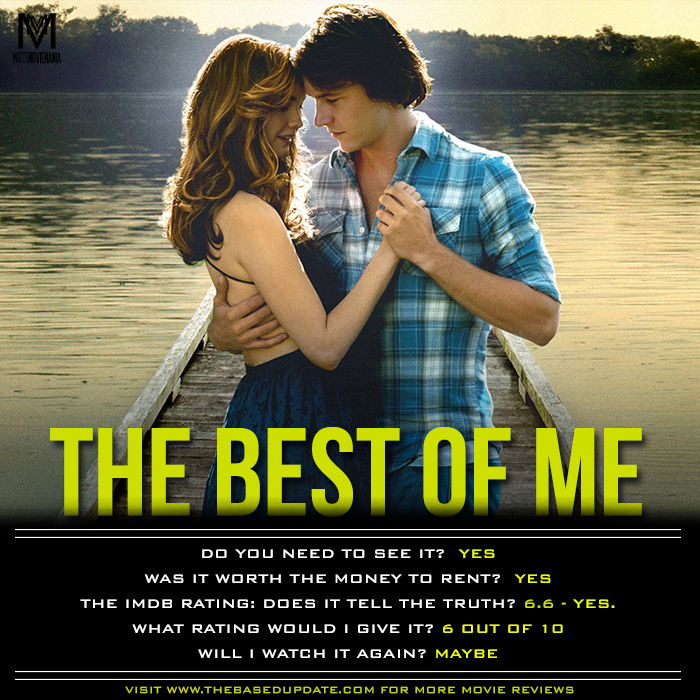 A pair of former high school sweethearts reunite after many years when they return to visit their small hometown.

Amanda and Dawson are soul mates who met as teens and were from different backgrounds. But circumstances would force them to part ways. 20 years later they are brought back together by the passing of a mutual friend. So they go back home to fulfill his final wishes and they run into each other. While Amanda is married, albeit unhappily, she still has feelings for Dawson but can’t forgive him for pushing her away.
“The Best of Me was a better film than I expected. Much of that is due to the performances delivered by Marsden, Monaghan, Liana Liberato and especially young Australian actor Luke Bracey as the younger version of Marsden’s character.” -Bill Zwecker

“Yes, this film is cheesy, this film’s corny, this film’s cliché. But to judge this film based on that alone is to completely ignore the context and conventions of its genre. It’s not a ground- breaking film by any means, but it is ground-breaking if we’re talking about Romances, specifically Sparks adaptations.” -User