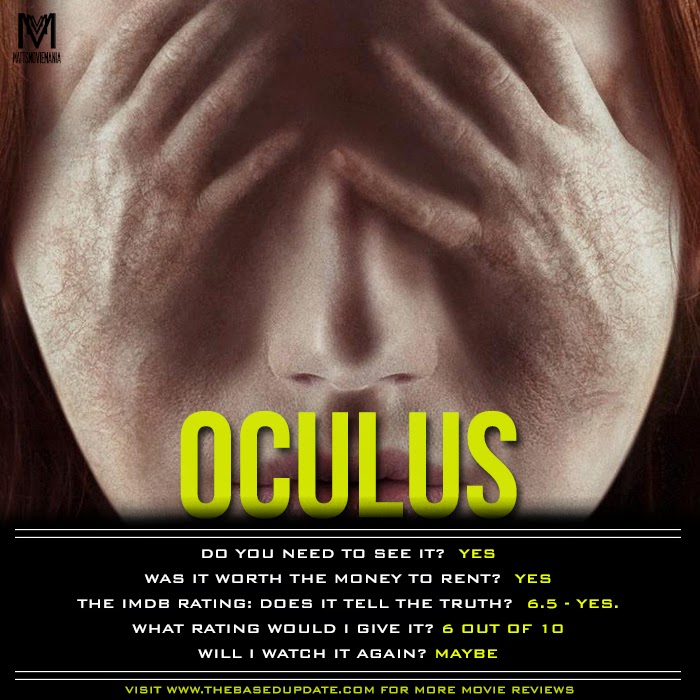 A woman tries to exonerate her brother, who was convicted of murder, by proving that the crime was committed by a supernatural phenomenon.

The twenty-one year-old Timothy “Tim” Allen Russell is discharged from a mental institution by his psychiatric Dr. Shawn Graham completely healed from a childhood trauma. His sister Kaylie welcomes him in the parking area and brings him home. Then she tells that they need to destroy an ancient mirror that she has just bought in an auction. The reluctant Tim follows his sister and has fragmented recollections from his childhood, when his mother Marie buys a mirror for the home office of his father Alan. Kaylie and Tim see a woman with their father in his office and the behaviors of Alan and Marie change, ending in a family tragedy. Kaylie blames the mirror and now she wants to destroy it with Tim. Will they succeed?
“It’s easily the scariest movie since “The Conjuring,” and in some ways is a deeper and more satisfying film. It’s stylish but not showy, more concerned with the thematic undercurrents coursing just beneath the surface.” -Drew Taylor

“Oculus is one of the more elegant scary movies in recent memory.” -Richard Reoper