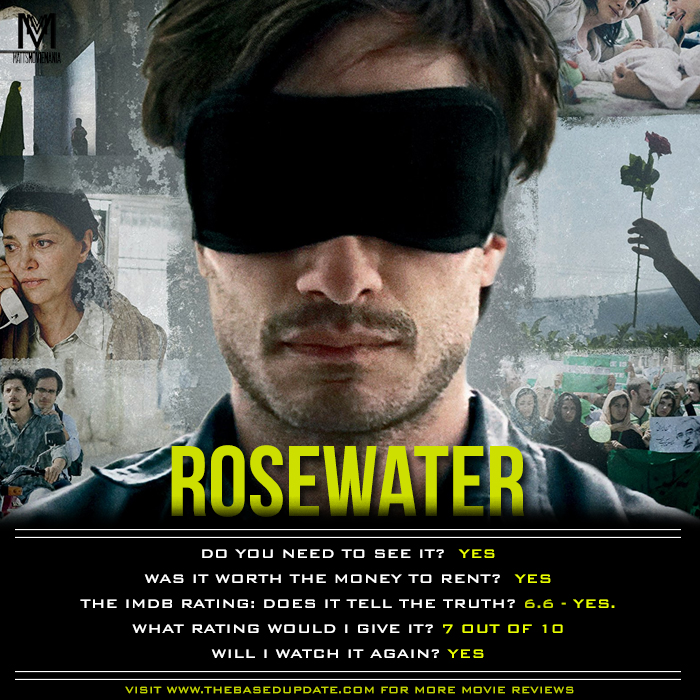 Iranian-Canadian journalist Maziar Bahari is detained by Iranian forces who brutally interrogate him under suspicion that he is a spy.

Based of a true story about a journalist who gets detained and brutally interrogated in prison for 118 days. The journalist Maziar Bahari was blindfolded and interrogated for 4 months in Evin prison in Iran, while the only distinguishable feature about his captor is the distinct smell of rosewater. An interview and sketch that Maziar did with a journalist on The Daily show was used as evidence that Maziar was a spy and in communication with the American government and the CIA.
“Stewart’s confident, superbly acted debut feature works as both a stirring account of human endurance and a topical reminder of the risks faced by journalists in pursuit of the truth.” -Scott Foundas

“Rosewater is an earnest picture, but it’s also got some juice – there’s vitality and feeling in it, the secret ingredients so often missing from even the most well-intentioned first features.” -Stephanie Z.