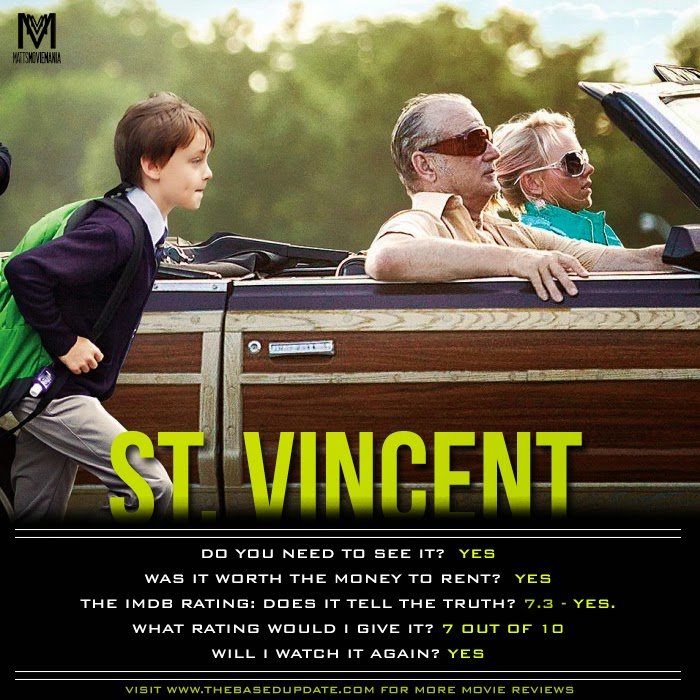 A young boy whose parents have just divorced finds an unlikely friend and mentor in the misanthropic, bawdy, hedonistic war veteran who lives next door.

Vincent is an old Vietnam vet whose stubbornly hedonistic ways have left him without money or a future. Things change when his new next-door neighbor’s son, Oliver, needs a babysitter and Vince is willing enough for a fee. From that self-serving act, an unexpected friendship forms as Vincent and Oliver find so much of each other’s needs through each other. As Vincent mentors Oliver in street survival and other worldly ways, Oliver begins to see more in the old man than just his foibles. When life takes a turn for the worse for Vincent, both them find the best in each other than no one around them suspects.
“This may not be his signature work, but it’s Murray at the top of his game in the type of role audiences want to see him in.” -HitFix

“It’s fascinating to watch Murray act circles around his existing appeal and play into it at the same time. Melfi’s likable but utterly formulaic movie never rises to a similar level of ambition, which in this case actually works in its favor. It gives Murray room to play.” -Eric Kohn